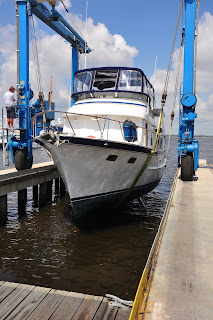 
Quote: “I know who you are, but you will have to wipe your feet.”
(Capt. Richard Brown of the Schooner America to Prince Albert of England - 1851) 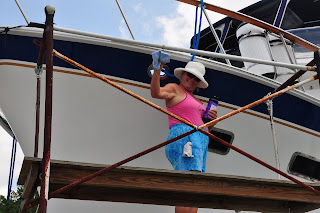 One of my all time heros, Dick Bradley, had a theory he called his “Shaky Card Table Theory of Life.” Dick said that when we are young (in our 20s) we go find a job and settle in. Then God issues us a rickety old card table complete with “puzzle.” Over the next 10 years or so we spend our time puttin' the puzzle together. Then we stand back, admire our efforts, and spend the rest of our our lives dancin' around that table trying to keep everyone and his brother from kicking it over and making a shamble of our creation. Not Dick, at that point he would kick over that table and scream at the top of his lungs, “God! Give me another puzzle!” 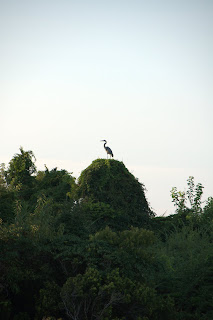 Best explanation I can come up with for how the SaltyTurtle entered our lives.

Summer was a blur mostly working on the Turtle..the old girl is a hard taskmaster. There was generator issues, bottom paint that failed, painting lessons (boat not house), new radio with AIS and GPS to install (that's a story of its own), moving stuff from Oconee to Turtle, provisioning, a wonderful Copelan Reunion (thanks again Paul, Stacy and the Athen Gang), and ….Grandbabies to see, hug and love.

On Oct 12, Tom and Olga Cook joined us for the trip down the ICW from Morehead City to Beaufort, SC. Tom is a neat guy – author, diver, sailor, rat rodder (built an old Chevy) and jack of all trades. Olga is Russian and just a sweetie. Good crew and pleasant company. 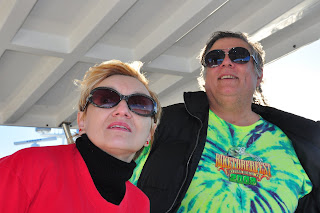 We spent the first night at anchor in Mile Hammock Bay nestled in the bosom of Camp Lejune Marine Corp Base. “Bay” is really a misnomer. It is really a dug out basin roughly the shape of an rectangle. The day came complete with entertainment. Flights of “Osprey” (the helicopter not the bird) clopped circles around us searching some unknown prey. Tracked, amphibious, attack vehicles loaded with marines plowed across the ICW in front of us with red flagged Marines directing traffic from the bank. The night settled in with the echoed sound of cannon fire all around. I can't quite explain it, but it was strangely serene and peaceful night. 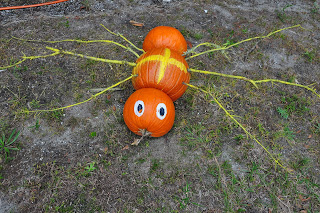 The next day found us at anchor in Banks Channel at Wrightsville Beach by 1:30. As much as we hurried we caught all the bridges wrong. Surf City Bridge has 12' vertical clearance (we need 21' to clear) and opens on the half hour and hours. We arrived 4 minutes after the hour. Figure 8 Island bridge (clearance 23' at the time we arrived) opens on the hour and we hit it dead on...and would not have needed an opening. Wrightsville Beach Bridge normally has a clearance of 23' at the state of tide we arrived had only 18' because a construction barge was parked under it and we waited another half hour. “That's cruising.” as they say or "screw speed just go slow." 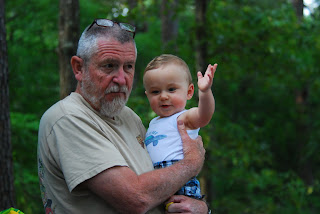 Wrightsville Beach gave us a great lunch, rendezvous with friends on Escape - another Defever, and (of course) a stop at Roberts Grocery. Roberts has homemade chicken salad and pimento cheese ..MMMMM Good.

We are currently in Southport with plans to leave tomorrow for the Waccamaw River in South Carolina with a stop somewhere to fill up with fuel (shudder)...but SC is much cheaper than NC.

PS – Note for you Sailors: If you leave Wrightsville Beach at the turn of high tide at Southport you will ride the tide all the way down the Cape Fear. 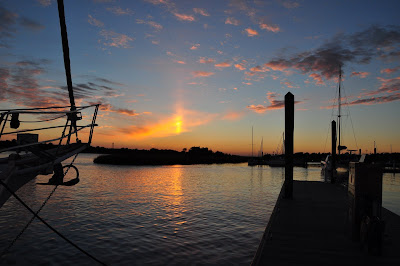