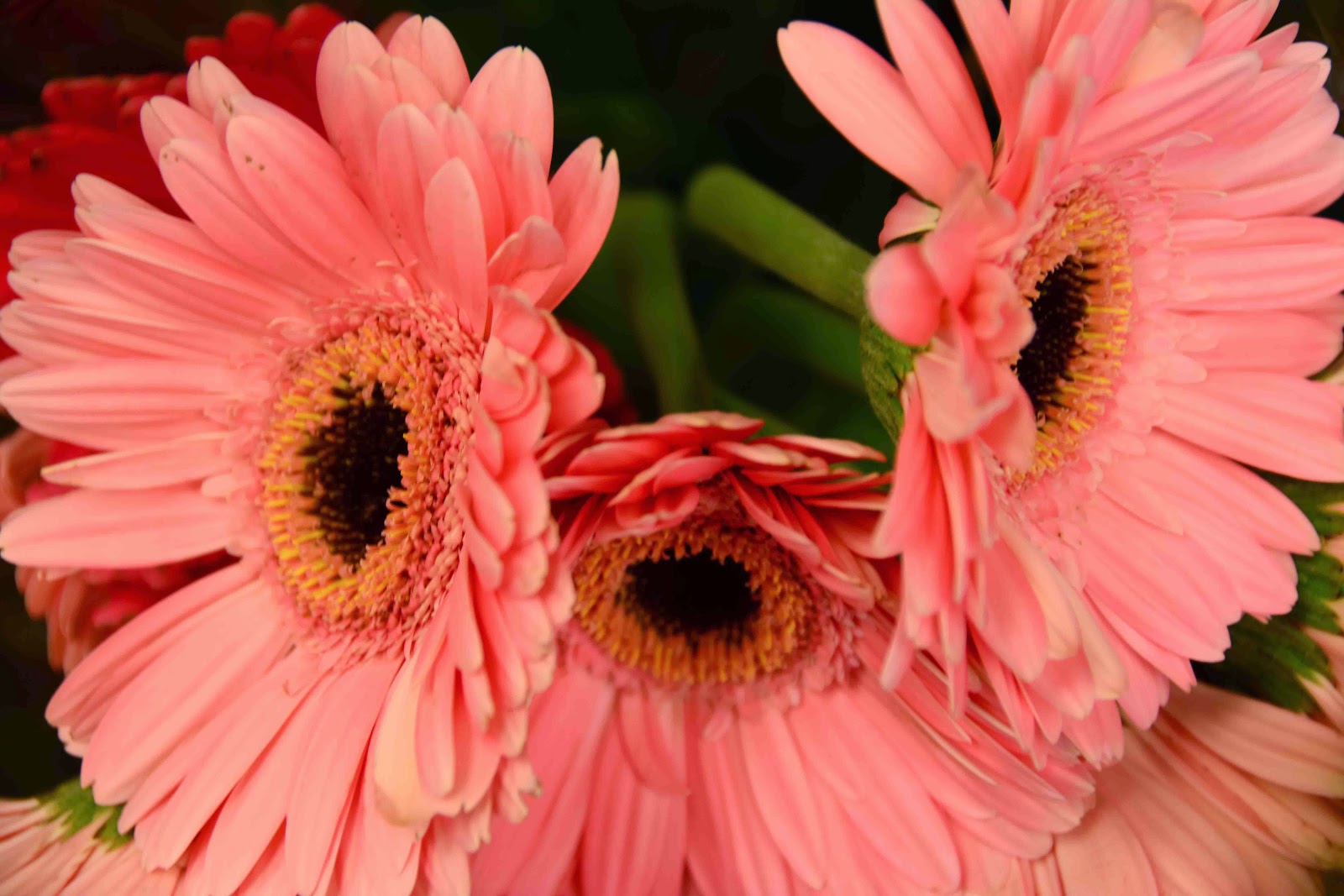 “The cabin of a small yacht is truly a wonderful thing; not only will it shelter you form the tempest, but from the other troubles of life; as well.” L.Francis Herreshoff

“The sea belongs to us all, and every aspect of it, from halcyon calm, to howling hurricane, is fraught with beauty.” Samuel Eliot Morison

The Turtle hauled her anchor in N Lake Worth, took on her last fuel State side, and motored 7 miles down the ICW past the Ribovitch Boat Yard where huge mega yachts are serviced and anchored about 2 miles South of Lake Worth inlet to stage for the trip to Ft. Lauderdale. It turned out to be a good choice, it was quiet, not crowded, the ICW wakes did not seem to reach us, and we got to share the anchorage with a beautiful classic old wooden Trumpy motor yacht in the 100 foot range.
The plan was to push on the next day down the ICW to Ft. Lauderdale either inside on the ICW or outside in the Atlantic...we were praying for weather to take us out side. The next 41 miles on the ICW are hell on earth to sailboats and power boats alike. Over those 41 miles there are 28 bridges and sailboats have to open every single one (we get a break and only have to open 10). But that is not all the evil in store in those mile, most of the trip is thru what is known as the “canyon.” The canyon is really a concrete walled ditch. Every boat wake sets up a rebound off the walls of the canyon and makes for confused, un-endingly uncomfortable seas. Stir in a few South Florida Assholes with a peppering of small unpredictable boat traffic and you have my idea of boater's hell. Rule: Never ever do this section of the ICW on a weekend or holiday!!!!!!!
Well the weather did not cooperate and we did go down inside..stupid us (and it was a Monday). Never EVER again!! By the time G and I got the anchor down in the Rio Barcelona Canal our nerves were tied in one large knot that it took 3 rum & tonics to even start to loosen. As bad as it was for us, the poor sailboaters behind us had it much worse...there were 2 busted bridges that were operating on an “adjusted” schedule – one opening every 6 hours...god help'em. Never EVER again!!

Well Rio Barcelona is not really an anchorage but Middle River was full..and any port in a storm as sailors like to say. We spent the next few days anchored at the ass end of the Rio with the tour boats using us as a turn point since we blocked their further progress...we put out extra anchor lights and slept like babies.
Lauderdale is a veritable “rabbit warren” of canals with little marinas, gorgeous homes, and boats, boats and more boats. It took us a little over an hour by dink to by-gosh-in-by-golly our way out to the New River, that severs the heart of Ft. Lauderdale, and make our way to the Downtowner, a local bar that had a good Sunday brunch and even better “bloodies.” What's not to like about a place that asks you if you want your Bloody Mary “to go?” We left “bread crumbs” in the water and it only took 20 minutes on the return trip.
After waring out our welcome in Rio we moved on down the ICW to Miami Beach, enjoyed some good Cuban food, made our last Publix stop, and settled in to wait for a window...and for once it was not a long wait – only 5 days.

There is a rule in Gulf Stream crossings – “Never cross with any wind out of the North East to North West.” The winds were supposed to be a less than 10 out of the North and seas between 1 & 2 feet...but close together (the closer the seas the more a pain in the butt). Non-the-less, it sounded good and we were about to break that rule.

It takes Salty Turtle about 24 hours to cross to Nassau out of Miami and we plan accordingly. We pulled anchor around 8:00 AM and cleared the inlet a little before 9:00. The crossing was a piece of cake (even with that N wind). We saw only 5 ships in crossing, actually had to alter course for 2 and hailed 3. It could have been better but we have seen much worse. By 3:00 PM we were in the Bahamas, our Q flag hoisted (yellow quarantine flag), and the beautiful aqua waters of the Bahamas foaming off Turtle's bow. Turtle was home tasting Bahamian waters again.
The sunset was spectacular with colors from brilliant reds to soft golds and ending in our first “green flash” at sea with the actual setting of the sun. Tongue of the Ocean was its usual “cluster.” Where the Tongue joins NW Providence Channel there used to be a light (now a submerged stump of what's left of a light). Thru here pass most of the traffic East and West bound. No matter what the time of day or night it is a busy spot and you best keep a good watch. We spoke one small Bahamian freighter at NW Providence Channel “Stump” and passed a safe port to port. 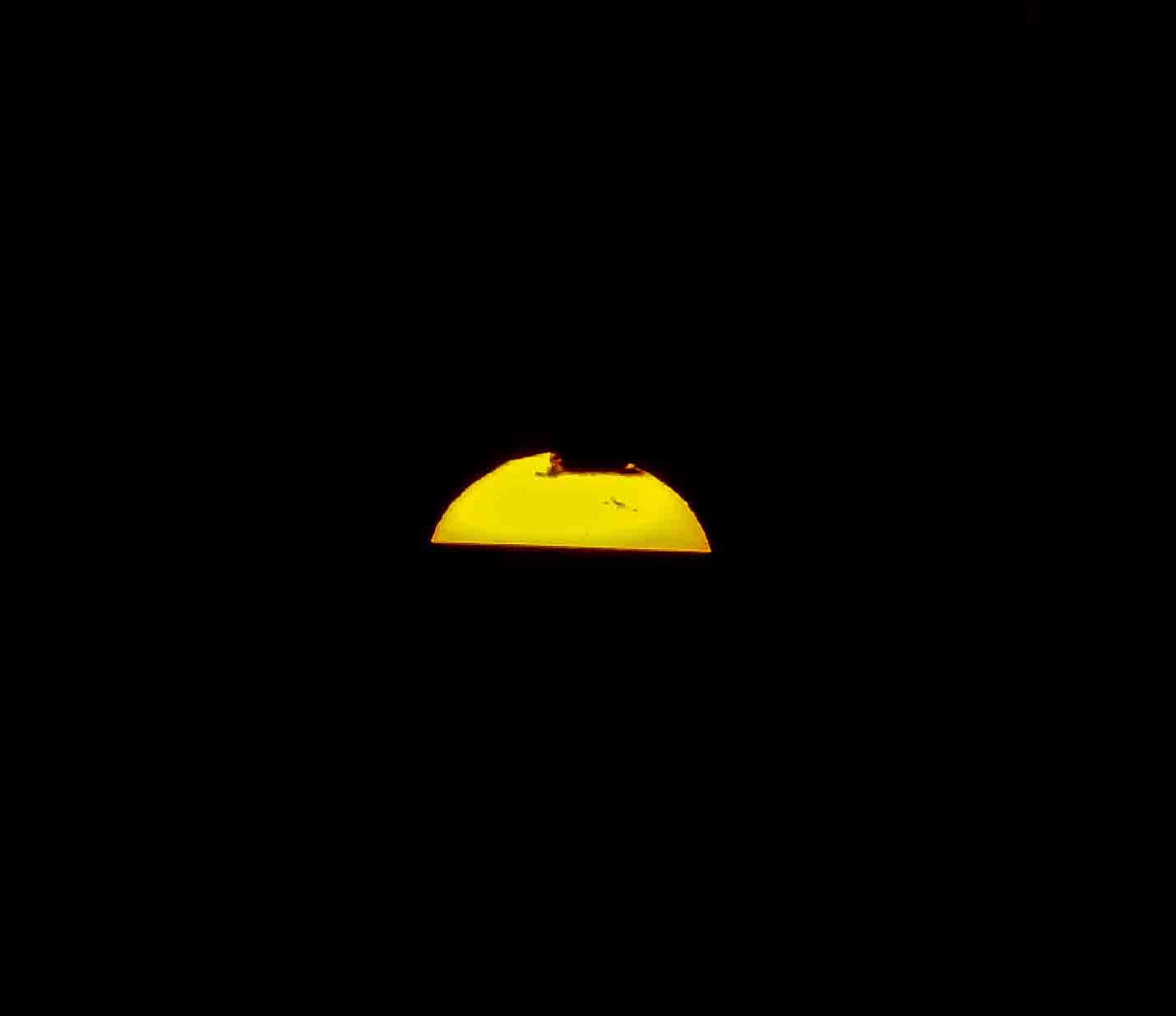 It had been a dark night with stars painting the sky and the great swath of the Milky Way slashing its way across the heavens. A dark night at sea is one of the true wonders of the world I wish you all could experience it. I was headed somewhere with this story before the sky side tracked me..Oh ya, the “devil moon.”
It was about 2 in the morning. Gigi was off watch and asleep. I had been fiddling with the chartplotter when I looked up and saw what appeared to be two iridescent orange horns rising from the sea...an unholy sight at best. Then it gained a body and morphed into what appeared to be the hull of an orange ship, sort of a crescent shaped bowl with bow and stern accentuated with those “horns” all aflame slowly rising out of the sea and it was BIG...and I mean big. I was stumped. What the hell is this thing? Was it a ship afire? A cruise ship with every light it had on and its hedonistic passengers preparing to party in the dawn? I grabbed the binoculars and pinned them on the mystery ship. Even thru the binoculars it was a puzzle. Gradually it dawned on me it was a crescent moon rising out of the sea so distorted by atmosphere it was almost unrecognizable in it's shimmering orange coat – a “devil moon” and as odd a sight as I've seen at sea. ...And no rum was involved.
By 9:00 AM we were tied to the dock at Nassau Harbor Club and with the help of our friends Dudley and Clark and another safe passage under our belt. It was time to check in with Immigration & Customs and then grab a well earned nap.

Three days later we were anchored off Hawksbill Cay in the Exuma Land and Sea Park for the night. We had planned to stay at Harbor Club until Monday but we had changed the oil in all engines, washed the boat, rummed up, had lamb chops at East Villa, made 4 mandatory trips to BTC (phone company) to get our phone and broad band stuff done, and had a nice catchup with our friends Clay and Rita Kay. We were ready, the boat was ready and the weather was too good to miss. By noon the next day we were anchors down in Pipe Creek and it was time to decompress after a long journey.
Christmas dinner was a potluck organized and hosted by our friends Joe and Carol aboard “ Just Ducky” and we were joined by new friends Garheart (German) and Innes (Dutch) off “Fussel” (Dutch for “dust bunny”). Innes said when they bought the boat it was full of “dust bunnies” so Garheart said, “We name her Fussel.” I asked them how they met? Garheart and Innes in unison said, “Spain... of course.” Gotta be a story there.
We have spent our days snorkeling, fishing, hunting lobster and conch (finding little) and getting back into the gentle swing of the life in the Bahamas. We are currently anchored off Black Point Settlement spending a few pleasant days among friends here before we head back to Pipe Creek for another go at those lobster, fish and conch.
May the New Year Be Kind To You All,
Fairwinds and Rum Drinks,