No Name Harbor to Nassau 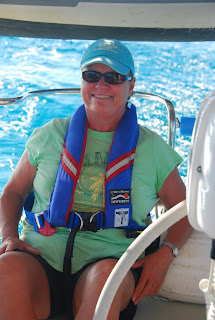 Five to Ten, My Ass!

After 3 “aborts” we got what we felt was a good (well acceptable) weather window for a crossing of the Gulf Stream to Nassau. Chris Parker (the weather guru) was calling for 5 to 10 knots out of the East. East would put the winds right in our face but there was no north in it to make for nasty seas in the Gulf Stream and it would be light enough Gigi’s Island could push into it with little problem. We calculated it would take us from 28 to 30 hours to reach Nassau and we wanted to hit both Great Bahama Banks just North of Bimini Island and the entrance to Nassau Harbor in daylight. Leaving No Name about 7:00 AM would give us what we wanted. As it turned out we did better than our predictions...but Chris did worse.

Luckily, our weather guru had it pretty much right for the Gulf Stream so, once off sounding, the seas settled down to a steady 2 to 4 foot chop that the Island handled well. We hit North Rock Light, just north of Bimini and came on the banks about 3 in the afternoon with plenty of light to be sure we were not going to hit any coral heads and settled in for a night crossing. The water color changes gradually as you come on soundings from the deep navy blue of the 2000 foot open ocean water to the 20 depths of beautiful aqua sprinkled with dark green in patches of grass. I wish I could describe it properly for those of you that have not had the experience but it is impossible to do it justice.

We were in 20 feet of water, no other boats in sight, and the water and cloud dotted sky are astoundingly beautiful. Gigi was in love. She wanted to stop at every patch of floating sargasso weed and jump in the water to see what was underneath - of course I wouldn’t let her (at this point I was a bit of a “party pooper” in her eyes).

By 11:00 PM we were just past Mackie Shoal about 2/3s of the way across the Banks. The three-quarter moon had just set with a burst of reds and oranges thru a western scattering of clouds. We were in a dark lit by stars alone. You would be surprised how bright that can be with the absence of light pollution from so called “civilization.” Gigi was on watch and noticed a power boat gradually over taking the Island. As she swung wide to give us a “more pleasant passing” we heard this distinctive Eastern North Carolina accent hail us on the VHF. The 94 foot yacht “Cimarron” was bound for Nassau just like us (and was quick to point out he would be there in a couple of hours). It’s captain was from Hertford, NC, and friends with Willie and Feather Philips old friends of mine. Willie used to fish crabs in the Bath area when I first met them before his family moved to Hertford. And Feather was a budding artist with the prettiest violet eyes I ever saw. It is truly a small world.

By 1:00 AM on the 6th, the winds had built to 15 to 20 out of the east, dead on the “pointy end” of Gigi’s Island and the Island was hitting the waves pretty hard. The Island was slammin’ and bangin’ as she dropped off the face of the waves - 5 to 10 my ass! For you non-sailors, these conditions are not a problem or life threatening in any way just uncomfortable, especially for 63 year old farts that don’t recover as quickly as we did in our younger days. Chris Parker blew this one. It was supposed to be 5 to 10 and an easy passage. By 10:00 AM, after pounding our way across the NW Providence Channel and acquiring permission to enter Nassau Harbor from Harbor Control we were tied up at Nassau Harbor Club with a “cold one” in hand - 27 hours, not bad for 167 miles.

We plan on leaving here on Saturday headed for Alan’s Cay, home of the Bahamian iguanas. Until next time... 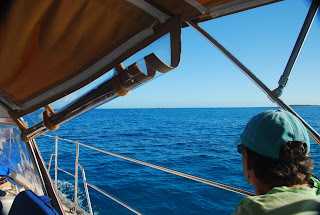 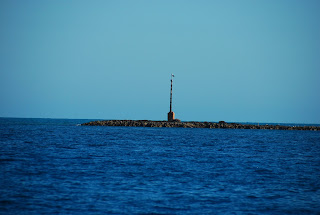 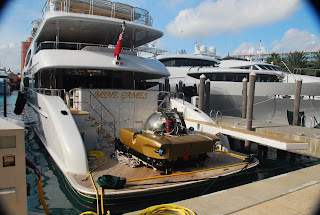 Sounds like a real adventure you two are having...wish I was tagging along in Luna.