Black Point was “Marathon Laundry Day,” note the capitol letters. It had been 5 weeks since we did laundry. Gigi spent most of the day at Ida’s Laundry Mat and Beauty Salon. Where else can you do laundry in a spotless coin operated laundry (unusual for the Bahamas) and get your hair done at the same time? And, it includes a view of the whole harbor. With a bar across the street with one of the best pizza’s in the Exumas and an internet café next door. However, some “girlie” things just can’t be done in a conventional laundry as can be attested to by the photo.

After laundry G and I settled into sundowners and supper in the cockpit of the “Island.” Black Point anchorage is like Cave Cay it looks West to the open expanse of the Banks with nothing but water to the horizon. The sky was clear and we were again in green flash territory. We waited and held our breath. For the second time, we witnessed one of natures true phenomena, a green flash and all it’s glory.

Big Major Spot is the home of “pig beach” and home of the famous swimming pigs of the Exumas. Gigi saved our leftovers and we headed for shore. The pigs are quite tame and do swim out to the boat but, unfortunately not ours. As you can see from the photos one of the pigs was quite taken with “Mule.” Mule immediately insisted we take her to deep water and safety. She escaped unharmed with “virginity” in tack.

Staniel Cay actually has 3 stores: Isles General, the Pink Store and the Blue Store. Thursdays are “Mailboat” days and fresh vegetables day. We needed both propane and vegies so off we went early Thursday to stand in line for groceries at Isles General. Grocery shopping can be quite competitive in the Bahamas - if you ain’t in line when the groceries arrive many times you have to wait until next week. There are traditions that must be upheld before you even lay eyes on the opportunity to purchase.

After competitive grocery shopping it was time for some fun. We treated our selves to lunch at Staniel Cay Yacht Club Restaurant (quite good) and then were off to snorkel Thunderball Grotto at low tide. Do you remember the underwater cave scenes from the James Bond movie Thunderball? Thunderball Grotto is where those scenes were filmed. Basically, Thunderball Grotto is a small cay located between Big Major Spot Cay and Staniel Cay. It is a hollow island that you can swim right thru, it is surrounded by reef and is touted as one of the best snorkeling spots in the Bahamas. It is best to snorkel it at slack low water to minimize the current and maximize the entrance.

The entrance to the Grotto has about 1 foot of clearance at low water. You ease yourself into the crystal clear water and are immediately surrounded by fish of all sizes, shapes and colors. A school of Sargent Major fish just adopts you into their school. As you swim under the entrance and under the dome of the island light filters in through a hole in the top of the grotto and gives the water an iridescent emerald green cast. All I can say is WOW! Then you slowly drift thru the island and out the other side and snorkel one of the most perfect reefs Gigi and I have seen with coral of all shapes and sizes. I was especially taken with the tube and vase sponges. There was one vase sponge that was a soft lilac and purple that almost had an inner glow of light - quite beautiful. On the way back around we met a needle fish that had bitten off more than it could chew. He was swimming on the surface with a fish about half his size in his beak and seem to be in a quandary about how to make dinner with what he had just caught.

Gigi and I drifted Thunderball twice and spent close to 2 hours in the water. Two hours is pushing the limit with no wetsuit to protect you from the cold. There is only one word that describes Thunderball Grotto...WOW! We will be back.

We had a wonderful sail up from Big Major Spot to Sampson Cay. Sampson is one of the best spots to tuck in for a blow. It is a good spot to re-provision. It has a good restaurant and the fastest WiFi around. Plus we had a minor reunion with old friends - Shirley & Mac on “Cat’s Paw” and Lou, Allison, & Caroline on “Ally Cat”.

Gigi cleaned and I uploaded photos and finished the blog. Then we were off “conching” in Pipe Creek - much fun and a hammering of a dingy ride, not so much fun. On the way back we saw a flying dog. One of the dinks had a golden retriever named “Gunner.” When we rounded Pipe Creek Cay onto the banks the waves launched Gunner out of the dink - he looked like he had learned to fly (at least for a short while). Gunner took it in stride and his masters picked him up. Then it was back to Sampson and a conch cleaning frenzy. We all gathered at a friend’s cabin and Miss Shirley’s grilled conch. Mmmmmm!

After supper as we ambled back to the dock we saw the Space Shuttle entering the atmosphere. It was an eerie and spectacular sight. The shuttle actually makes it’s own “cloud” that seems to glow.

The next day took us back to Pipe Creek for a snorkel and a swim. Most of you have heard of “lobster walks.” Well G spotted a “conch walk.” There was a swath of young conch tightly packed about 20 feet wide and stretching for almost a hundred yards. They all were headed “somewhere” at a steady but slow conch pace.

This was also the first time I’ve ever swam with cuddle fish (squid). They were about a foot long with eyes the size of silver dollars. A male / female pair were swimming off to the side of the school and the female was “flashing” subtitle but unmistakable color changes at the male friend - guess I know what she had in mind.

Tomorrow we will leave Sampson and head for Shroud Cay for a few day and then on to Normans to tuck in for a blow. Then up to Royal to stage for the trip off shore to the Abacos. More than likely we will not have WiFi until we reach Little Harbor in the southern Abacos in early April.

PS - I forgot to give credit for some of the photos in Georgetown to Maril Doster. Thanks Maril the photos are great. 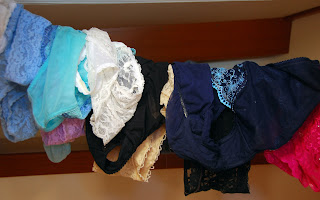 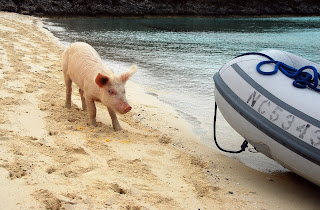 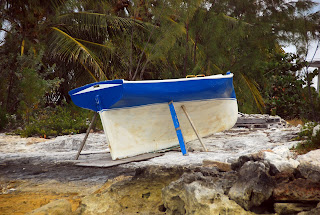