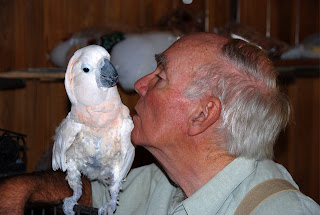 We arrived in Palm Coast for Thanksgiving around noontime after an uneventful trip down the ICW from St. Augustine. Things seemed to be going OK and we were planning to get together with my cousin Tom and his wife Olga later in the afternoon, in the meantime we walked up to the European Village, a courtyard setting in the middle of a high dollar hotel, for some lunch. We had lunch outside at this delightful Italian restaurant, the weather had finally gotten warm enough to do this, and in addition to the warm weather we were serenaded with Christmas songs by Kevon Re’mon’te a local musician.

About 3PM my cousin Tom picked us up and took us to his house which was just a few blocks away where Victor met Tom’s wife Olga who is from Russia. As a matter of fact Tom & Olga are back in Russia at this time so that Olga can spend the holidays with her family and get her mother into a clinic for eye surgery. Around 5PM is when Victor felt sick and decided to lay down for a while, little did we know that this would be the beginning of a cold that would last for the better part of 2 weeks and that I would eventually get it even though I spent days and nights with Tom & Olga while Victor stayed on the boat.

Thanksgiving Day dawned bright and warm and we took Victor back to “The Island” so that he could sleep and read while the rest of us headed for Bill’s, my other cousin’s, house over in Auburndale, FL to celebrate Thanksgiving with him. Let me get away from the story a little and give you a little “family tree” so you can keep up with the story.
My cousin Tom is the son of my mother’s brother Tom and Bill is the son of my mother’s sister Clarissa. Bill is the oldest, early 70's, I am next at 63 and then comes Tom at 62 and we all grew up together in North Philadelphia.
You will be able to tell who Bill is in the pictures as he is the one in leather shorts and shoes from Germany and he is also the one kissing “the bird” Michael. Bill celebrates Thanksgiving in a big way as he gets out a lot of the Christmas items that he has bought on his many trips to Germany and other countries----this is the first year in a long time that Bill did not go to Munich for Oktoberfest. I will also point out that Bill did all the cooking and that he is a fantastic cook and there wasn’t much left–did manage to take a plate back to Victor. It was my hope that Victor would get a chance to meet Bill and also see some VHS tapes that Bill & I had copied from some very old 3-D slides and 8mm movie film that shows my family going back to the late 1940's–maybe next time. I took some pictures of Tom and Olga at Bill’s house and as you can see Olga is a very pretty lady and I am very proud of her as she is now in school to better her English and is doing quite well. The school she is in goes from 9 to 12 five days a week and runs from September to June and it is not that easy.

Friday was another beautiful day with the exception that Victor needed to go to the drug store to get a prescription filled and I needed to get a Flu shot. We took care of that and then took Victor back to the boat and I took Tom & Olga out to lunch in St. Augustine. Later Friday afternoon I went back to the boat to check on Victor, and spend some time with him. Friday night Tom and I spent some time reminiscing about our childhood and talking about our kids, Tom’s son & daughter are almost the same age as my son & daughter.


Saturday was one of those Florida winter days where you just want to walk and that is what I did from my cousins house to the boat to check in on the patient. He was doing better but was still not up to par so he decided to stay on the boat for another day and night. That afternoon Tom grilled out and after a great dinner we had a movie marathon or should I say Tom and I had a movie marathon while Olga “talked” with her friends in Russia via the internet. Tom had gotten Olga a keyboard in Russian which allowed her to communicate better with her friends as all her friends do not know our language.

Monday dawned windy and chilly and I now had the cold-“go figure”. Several boats came to the marina that day to get out of the cold and windy weather. Tom came by the boat Monday night to pick up a picture of my granddaughter and he also had the beginnings of “the cold”. We finally did leave Tuesday mid-morning as the tide had gone out so much due to the direction of the wind that several boats, “the Island”, included were sitting on the bottom so we had to wait for the incoming tide to get going.

Now, I do not want anyone to think that while Victor was on the boat taking care of his cold I was just “hanging out” with my cousin no that was not the case because at last count I think I did 4 or 5 loads of wash at Tom’s. For those of you who have not cruised doing wash means–you put all laundry into bags, haul it to wherever you are going to do the wash- wash the clothes-dry the clothes- fold the clothes and then haul everything back to the boat and put it away. Victor has warned me that in the islands there is a sport called “competitive laundry” and I for one am looking forward to this new competitive sport as I have not been able to work out in awhile.

I want to finish this story by saying that I had a wonderful time with Bill, Tom & Olga and I hope that when we pass this way again Victor will meet Bill and they can compare their cooking techniques, and that Tom, Bill, & Victor will have time to share a beer or two together. 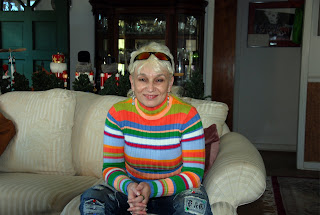 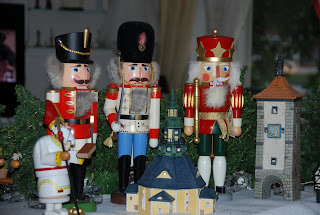 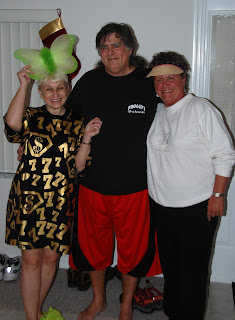