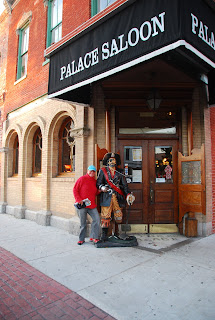 My good friend, John Skemp, has a saying, “Even a blind hog can find an acorn every now and then.” But then adds with a chuckle, “ Whatever that means?”

Gigi’s Island sprung herself off the dock at Jekyll Island and spun ass-end first out into the last of the ebbing tide. We were south bound again, and (for once) with the current was with us - 7 plus knots at 2200 rpms. We rode the last of the outgoing tide all the way to the buoy at the mouth of Jekyll Sound marking the channel between Jekyll and Cumberland Islands. And then, just as the we rounded the buoy the miracle happened, the tide switched and we had current with us again. And the Island rode the rising tide all the way to St. Marys, Georgia, only 7 miles from our destination, Fernandina, Florida. We had put another state behind us and the Island had found her very own “acorn.”

I used to say that Fernandina / Amelia Island, “thought themselves part of Georgia.” The truth is they don’t thing they are part of Florida or Georgia but “an Island apart.” It is the only place in the country that has lived under 8 different flags. The French were first. Hell, the Spanish governed them 3 times. The army of a Mexican revolutionary for a short period. The good old US of A (of course). The Confederate States of America. And some guy from Texas that established himself as an independent state when no one was in charge. It’s no wonder they are a bit different.

And it’s a good difference. The city is friendly, and full of old Victorian and Queen Ann style homes. There are two things that should not be missed (other than the Palace Saloon) if you visit here. First, the Farmer’s Market, held every Saturday. It is as eclectic as the city, with home cooked bread, wonderful local roasted coffee, local spices, BBQ, every manner of fresh vegetables and fruit, and flowers, flowers, flowers. It is an event not to be missed. Second, is the Fernandina Museum. In addition to fact it is a great museum they give a guided tour and lecture on the history of the area at 11:00 and 2:00 every day. To say G and I liked Fernandina would be an understatement.

I’ll leave the Fernandia area with a story. The Island was tied to the inside of the transient dock at Fernandina Municipal Marina (again we wanted HEAT!). I was quietly having my morning coffee when this “hallucination” jogged by. The lady off “Heron” was out for her morning exercise. That is she and her cat on a leash were out for a morning jog. First a cat on a leash, well that’s total indignity for any self-respecting cat and to go jogging at someone else’s bidding? Now I think I’ve seen everything - I’m undone. Must be time to leave cold or no cold.

We made our way down the waterway, with a stop over at Pine Island anchorage, to St. Augustine. I’m not really a St. Augustine fan. It is a beautiful old city, filled with expensive art galleries, and some of the junkiest, junk shops G and I have ever seen. The best thing here is the A1A Brewery that still makes some of the best brown ale I’ve every put in my mouth. We spent a couple of days at anchor in St. Augustine and then moved on to Palm Coast Marina just in time to spend Thanksgiving with Genevra’s cousins Bill and Tom and Tom’s wife Olge. G will be posting a separate blog entry on our Palm Coast stay in a few days.

We hope you all had a great Thanksgiving, complete with lots of turkey, cranberry sauce, but mostly friends, family and large servings of love. 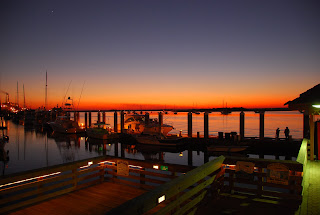 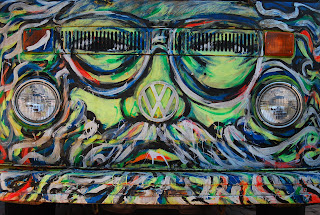 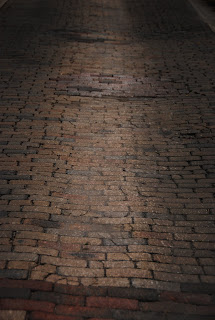